Continuing on the path set for Jackson when he broke into the music enterprise as a member of the legendary and phenomenal Jackson 5, Tito Jackson is still towering at the top of the game and continues to grow as a musician and performer, with UNDER YOUR SPELL as the extraordinary present he has bestowed on the listening public.

Tito Jackson's innate abilities as a singer, songwriter, guitarist, producer and arranger shine through brilliantly, creating a special recording that is destined for airplay and rave reviews in a number of formats.

Tito, who dedicated the record UNDER YOUR SPELL to his mother Katherine, proves to have the golden touch once again! His 11 track showstopper delights the ears like a hot banquet to omnivorous personages. He is red-hot with each track smashing through the industry gates, and he leaves no jewel unturned with his stimulating, dynamic vocal and guitar intrepidity, shining with radiance.

The Jacksons take the audiences on an interactive, unforgettable journey through their lives and musical career, offering a soulful pop-funk and impeccable live performance that has made them one of the most beloved musical acts of all time...! 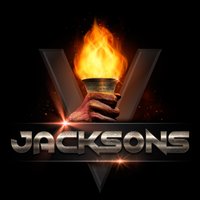 Presented without the Nashville Symphony

For all inquiries and bookings, please drop a message.

© Copyright Play It Right Entertainment,
its suppliers or licensors. All rights reserved.